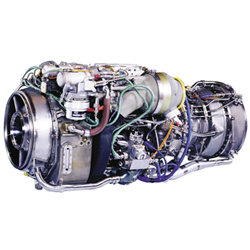 In 1925 Sikorsky was started up by an aircraft engineer called Igor Sikorsky, Igor was born in Kiev, Ukraine, and was an American immigrant. He named the company, "Sikorsky Manufacturing Company", and then he began producing aircraft...

In 1929 the company moved to Stratford, Connecticut. It became a part of United Aircraft and Transport Corporation (now United Technologies Corporation) in July of that year.

In the United States, Igor Sikorsky originally concentrated on the development of multi-engined land planes and then amphibious aircraft. In the late 1930s, sales declined and United Aircraft merged his division with Vought Aircraft. He took this opportunity to begin work on developing a practical helicopter. After first flying the VS-300 he developed the Sikorsky R-4, the first stable, single-rotor, fully controllable helicopter to enter large full-scale production (in 1942), upon which the majority of subsequent helicopters were based (though Sikorsky did not invent the helicopter itself).

Sikorsky Aircraft remains one of the leading helicopter manufacturers, producing such well-known models as the UH-60 Black Hawk and SH-60 Seahawk, as well as experimental types like the Sikorsky S-72 X-Wing. It is a leading defence contractor. Sikorsky has supplied the helicopter for the President of the United States since 1957. Sikorsky's VH-3 and VH-60 currently perform this role. 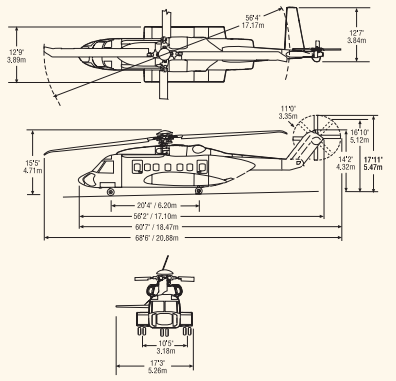 UTC acquired Schweizer Aircraft Corp. in 2004, which now operates as a subsidiary of Sikorsky. The product lines of the two firms are complementary, and have very little overlap, as Sikorsky primarily concentrates on medium and large helicopters, while Schweizer produces small helicopters, UAVs, gliders, and light planes. The Schweizer deal was signed on August 26, 2004, exactly one week after the death of Paul Schweizer, the company's founder and majority owner. In late 2005, Sikorsky completed the purchase of Keystone Helicopter Corporation, located in Coatesville, Pennsylvania. Keystone had been maintaining and completing Sikorsky S-76 and S-92 helicopters prior to the sale.

In 2007, Sikorsky opened the Hawk Works, a Rapid Prototyping and Military Derivatives Completion Center (RPMDCC) located west of the Elmira-Corning Regional Airport in Big Flats, New York. That same year Sikorsky purchased the PZL Mielecplant in Poland. The plant is assembling the S-70i for international customers.

In 2011, Sikorsky laid off 400 workers at the Hawk Works plant, and then in 2012 let the remaining 570 workers go and closed all Sikorsky facilities in Chemung County; moving the military completion work to their West Palm Beach (FL) facility. The commercial products had already been moved to their Coatsville, PA, facility.

Sikorsky's main plant and administrative offices are located in Stratford, Connecticut. Other Sikorsky facilities are in Shelton, and Bridgeport, Connecticut; Fort Worth, Texas; West Palm Beach, Florida; and Huntsville, and Troy, Alabama. Other Sikorsky-owned subsidiaries are in Trumbull, Connecticut; Coatesville, Pennsylvania; and Grand Prairie, Texas; among others around the world.